The Faculty of Medicine’s inaugural Research Excellence Awards were held on April 29, 2013. The new annual awards, created by Dean James Rourke, recognize faculty members whose contributions to research in their fields have made them active and valued participants in Memorial’s vibrant research community.

Faculty of Medicine’s inaugural Research Excellence Awards were held on April 29, 2013. The new annual awards, created by Dean James Rourke, recognize faculty members whose contributions to research in their fields have made them active and valued participants in Memorial’s vibrant research community.

Congratulations to this year’s award winners! 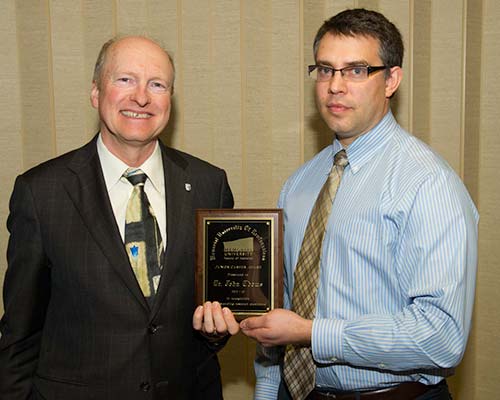 Dr. John Thoms – Junior Career Award (Clinical)
Dr. Thoms is a Radiation Oncologist at the Dr. H. Bliss Murphy Cancer Centre and Assistant Professor within the Discipline of Oncology. He joined the faculty in May of 2011, becoming the first clinical scientist in the Cancer Care Program and the Discipline.

Dr. Thoms has been a very active clinician and researcher over the last two years. He has continued to publish regularly in peer-reviewed journals and has had eight publications since joining the Discipline. In addition to awarded funding from the Department of Health and Community Services as well as the Motorcycle Ride for Dad, Dr. Thoms has applied for a number of other grants including grants from CIHR, the Canadian Association of Radiation Oncologists, Memorial University Medical Research Fund, and an Enhancing Health Care in Newfoundland and Labrador Research Fund Grant. He is also a member of a large consortium of researchers from across Canada who have applied for a five-year grant from the Prostate Cancer Canada Program Targeting Aggressive and Lethal Cancers.

His colleagues know him as a very motivated, intelligent, hardworking young physician who embodies what it is to be a true clinician scientist. His translational work in the area of prostate cancer is extremely important as many patients with this disease ultimately develop resistance to hormonal therapy and chemotherapy. 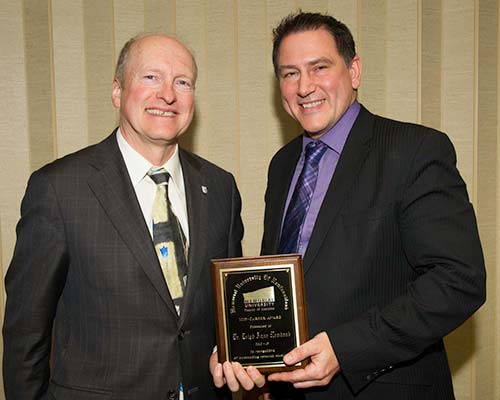 A tireless clinician, Dr. Newhook’s commitment not only entails full-time work at the Janeway but also a series of travelling diabetes clinics in Labrador. Her research program is often focused on questions which arise from her clinical work, including a province-wide hospitalization study of juvenile diabetic ketoacidosis (DKA) patients, the results of which will be translated throughout the province through KT and quality initiatives – saving children and families from unnecessary suffering and the health care system from significant expenditures.

In addition to her research program, Dr. Newhook was also instrumental in the establishment of the Janeway Pediatric Research Unit (JPRU) in 2011, a clinical and applied health research unit whose research staff are participants in over 40 active projects on a range of childhood diseases. The JPR U is also a local training centre for the Canadian Child Health Clinician Scientist Training program. 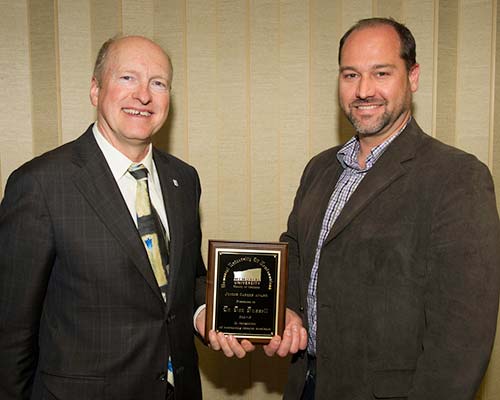 The main focus of Dr. Russell’s research program is the molecular virology of the hepatitis C virus (HCV). Most of the work performed in his laboratory is aimed at this goal, but since his appointment to Memorial in 2008 he has also initiated a number of local, national and international collaborations aimed at understanding other aspects of HCV disease, such as drug resistance and immune dysfunction.

Dr. Russell’s work also includes a study of drug resistance in HCVinfected individuals, focusing on understanding the mechanism by which HCV generates mutations that confer resistance against recently developed drugs targeting HCV enzymes critical for virus replication. The other main interest of Dr. Russell and his team involves using their virus replication system to attempt to understand what happens to various aspects of the immune system in the context of HCV infection.

The work performed by Dr. Russell and his team contributes to the identification of novel drug targets for HCV, helps to understand how the virus develops drug resistance against currently used therapies, and will expand the understanding of the immune dysfunction observed in chronically-infected HCV-positive individuals. 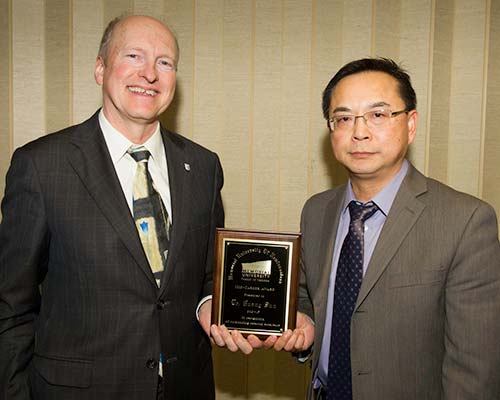 Dr. Sun also pioneered the Complex Diseases in the Newfoundland population: Environment and Genetics (CODING) study, which investigates the link between candidate genes and variations in food intake, body weight, fat percentage, fat distribution and hormones secreted by the gastrointestinal tract, adipose tissue and other related organs; the CODING study incorporates data from approximately 3,000 residents of the province.