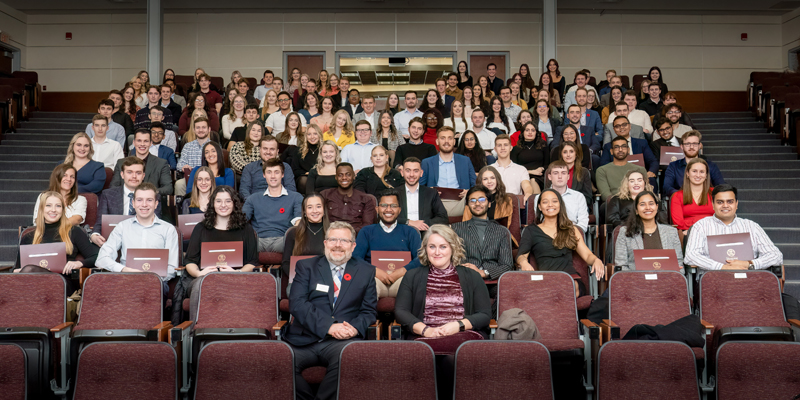 The Dean’s List represents the top 10 per cent of students in undergraduate business programs at Memorial.

Nomination to the Dean’s List is based on academic performance during the nominating period, comprised of the three preceding semesters: spring, fall and winter. The Dean’s List is published each June.

In addition to being in the top 10 per cent of their program, students must also satisfy the following minimum criteria during the nominating period:

Other nominations to the Dean’s List may be made at the discretion of the dean for performance of exceptional merit.