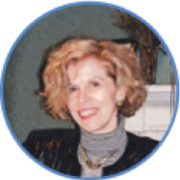 DR. PATRICIA CANNING was a child psychologist, educator and researcher. Originally from Marystown, NL, she began her career in 1978 at Mount St. Vincent University in Halifax, N.S.A graduate of the University of Prince Edward Island (BA) and the University of Windsor (MA and PhD). She was a professor of psychology and Director of Child Studies at Mount St. Vincent University. (1978-1991) and a professor in the Faculty of Education, including two terms as Associate Dean of Research and Development at Memorial University in St. John’s, N.L.

Her work focused primarily on young children, their care, education, health and the needs of their families.

A pioneer in her field, Patricia was one of the first who dared to take her research out of the lab and into the real world. Many times she was advised to follow the more conventional path of laboratory-based research and not venture beyond the walls of the university. She believed, however, that to foster improved services and support for children and families, she needed to keep her work rooted within communities. Communities benefitted enormously from her work. Driven by the belief that social science must serve the people, she translated her research findings into concrete policies and practices that made a difference, every day, in the lives of children and families in Newfoundland and Labrador, across Canada, and in developing countries around the world.

Her research addressed some of the most pressing problems facing Canadian children and families. Examples include: the first published study of the prevalence of overweight and obesity in preschool-aged children in Canada. Welcomed by policy makers and professionals in medicine, nursing, nutrition, early childhood, and prevention/intervention programs it brought about changes to relevant policies and problems.

Similarly, Special Matters: The Review of Special Education in Newfoundland and Labrador addressed policy and practice in all areas of special needs. Considered the gold standard in this area, Patricia’s review highlighted the need for educational policy to be developed in the socio-economic and cultural context of the province and the and the need to consider the effects of poverty on educational achievement. Significant changes to policies, practices, regulations and funding followed, including an orientation to school (Kinder Start) for preschoolers and their parents now offered throughout the province.

She worked extensively in the West Indies, particularly Antigua, and was responsible for creating the first college-level Early Childhood Development program.

Much of her work was carried out as a member of multi-disciplinary teams. For example, after the collapse of the Northern Cod fishery, and its devastating effects on employment in coastal communities in Atlantic Canada, she was part of a large multi-disciplinary team studying the central components required to achieve sustainability of coastal communities in Newfoundland and Labrador. Her examination of the psychological and educational effects of the fishery collapse on children and families became a catalyst for change. Similarly, an invaluable member of the team involved in the highly successful early literacy project at Walpole Island First Nation and Kettle and Stony Point First Nation in Ontario, she was thrilled at the immediate and continued success of the children from those communities.

“Patricia’s ability to reach out to the teachers and her understanding, especially of the very youngest children, were part of the reason this ground- breaking project worked out so well. As a result, Patricia Canning will live on in the success of countless numbers of Aboriginal students,” said former Prime Minister Paul Martin.

Patricia’s greatest legacy was the positive influence she had upon each of the lives she touched. She believed in empowering and motivating people and families to better their lives and to support and encourage others in these endeavours. A gifted educator, Patricia’s commitment to her students and her junior colleagues continued long after they had moved on, encouraging them to continue expanding the boundaries of their respective careers. It remained one of her life objectives, that the plight of children, families and communities everywhere continue to be improved by the practitioners and researchers that shared her passion and followed in her footsteps.

“She was a wonderful mentor and role model for me,” said Julia O’Sullivan, PhD, professor and former dean of Ontario Institute for Studies in Education, University of Toronto. “My great friend and colleague, Patricia, supported and encouraged me throughout my career. I see her hand in all of the work that I do, and will continue to do so.”

She was very much a person of traditional Newfoundland outport culture. Her door was always open, as was her heart. When it came to helping others, no task was too great or too small. Her life was a true manifestation of the social gospel, instilled in her from childhood. It was the essence of her life: compassion, giving and caring. She never forgot the least of her brethren.

Surrounded by love, Patricia died on Nov. 18, 2015, at her home after an extended struggle with cancer.

“They are not dead who live in the lives they leave behind. In those whom they have blessed, they live a life again ...” − Hugh Robert Orr