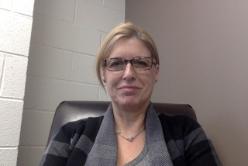 I received my Ph.D. from the University of Saskatchewan (2002) and completed my predoctoral internship at the University Counselling Centre (2001) at Memorial University. I was one of the founding members of the PsyD committee and a former Director of Clinical Training for the program.

I have three main areas of research. First, I recently finished disseminating research findings from my CIHR study examining pain in children with significant neurological impairment (SNI). The focus of this research has been identifying valid and reliable methods of measuring pain in children with physical, intellectual, and communication challenges that render them unable to communicate pain in typical ways. My primary interest has been in micro expressions of pain, as well as, differentiating pain behaviors for children with SNI who have the capacity to self-report pain compared to those who are unable to communicate through discernable methods (verbal and typical pain behaviors).

The second area involves disseminating a 10-year project examining the impact of substance abuse for people admitted to an early psychosis program. In particular, I am interested if cannabis and alcohol abuse impact outcome (psychosis, depression, quality of life, global functioning, severity and improvement of condition) differently for people with schizophrenia compared to those with bipolar disorder. This research is also addressing whether the psychotic dimension is sufficient to integrate affective and nonaffective psychotic disorders. We are also examining the association between neurocognitive functioning and decision-making in first episode psychosis patients.