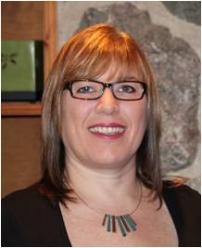 The first thing a person does when exiting a subway station is to look around and get oriented, because knowing where you are (e.g., at the corner of Main and Pine Streets) does not help you start the next leg of your journey unless you also know your heading. Head direction cells fire when an animal’s head is pointed in a particular direction and are thought to underlie this sense of direction or orientation. The importance of orientation has been revealed by its impact on spatial learning, its role in the encoding of memories, and its representation in many neural structures involved in navigation. The fact that head direction cells fire in an adult-like fashion earlier than other types of spatial cells (i.e., place and grid cells) has led to speculation that head direction cells set up the entire spatial network in the mammalian brain. Work in my lab has strengthened the belief that direction learning underlies the solution to many spatial problems previously attributed to place learning. The goal of my research program is to determine what head direction cells contribute to direction learning and spatial navigation. If head direction cells are the neural representation of an animal’s sense of direction, then disrupting the flow of information within the head direction cell circuit should disrupt behavioral demonstrations of direction learning. My current research is examining the effects of permanent lesions and temporary inactivation of select components of the head direction cell circuit in rats and mice on spatial tasks where directional heading is key to problem solution. A better understanding of the functional significance of head direction cells and their presence in a multitude of brain regions will serve to make models of navigation more complete and advance the field of spatial cognition.