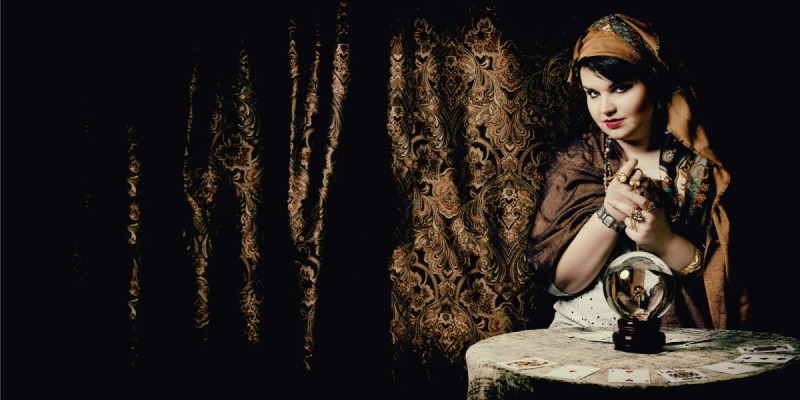 In the final performance of her graduate career at Memorial’s School of Music, mezzo-soprano Hannah O’Donnell stars as a bogus medium who stages séances to commune with the deceased.

It’s just the kind of role she was looking for — a “mountain of a role,” she calls it.

Grateful for the challenge

“Without giving too much away, I’ve had to learn some skills which I never thought I’d use onstage or otherwise,” said Ms. O’Donnell, who plays Baba, also known as Madame Flora, in the school’s production of The Medium, one of two one-act operas being staged in the D.F. Cook Recital Hall on the St. John’s campus from April 6-7. The Charlottetown, P.E.I., native has learned how to wield stage weapons, for example.

“I am grateful because the role has pushed me to greater musical and dramatic growth,” she said. “The music is extremely difficult, both rhythmically and melodically, and is entirely different from roles I’ve previously sung. Future roles which I perform will be informed by this challenge.”

Presented by the school’s opera workshop and chamber orchestra, the evening also features Samuel Barber’s short opera, A Hand of Bridge, about two couples who sit down for their daily bridge game. Their lives are seemingly mundane until each of them reveals their secret desires and passions.

A Hand of Bridge deals with relationships.

It’s funny and sad and includes some authentic bridge-playing as taught to the performers by members of Bridge on the Edge, a St. John’s Bridge club.

The two shows were chosen for the opera workshop’s end-of-year performance by Mr. Murray and Mr. Murphy, a School of Music alumnus.

“I hope people get excited about the shows,” said Mr. Murphy, who has spent the past year as a visiting professor at Memorial and remembers opera workshop being very different in the 1990s, when students performed scenes from well-known operas by well-known (and long-deceased) composers.

A Hand of Bridge and The Medium are performed in English and have a contemporary sound.

“There’s everything an audience could want in these scores,” said Mr. Murphy. “There’s well-written text, comedy, tragedy, brilliant scores — everything that a good show should offer.”

Based in the U.S. and Europe for many years following graduation from Memorial, Mr. Murphy’s goal while at the School of Music has been to develop the students’ acting chops and to help them see the importance of telling a good story to the audience.

It’s learning that comes straight from his own experiences.

“The stigma is that, as opera singers, we stand and make big gestures and we sing,” said Mr. Murphy. “But the people in these shows are all real people — not aristocracy, servants, nymphs, gods or goddesses. They are regular people and portraying them can be challenging. They don’t stand around and sing. These are very athletic shows.

“I feel fortunate that I can pass along some of my experiences,”  Mr. Murphy continued. “You get better by getting up there, performing and always having the courage to try new things.”

Ms. O’Donnell says that preparing to sing Baba has been a uniquely challenging experience.

“Our directors have been fantastic leaders and have pushed me outside of my comfort zone, which is essential for any young artist.”

Tickets are available at the School of Music, through www.ticketpro.ca, and at the door prior to the shows.