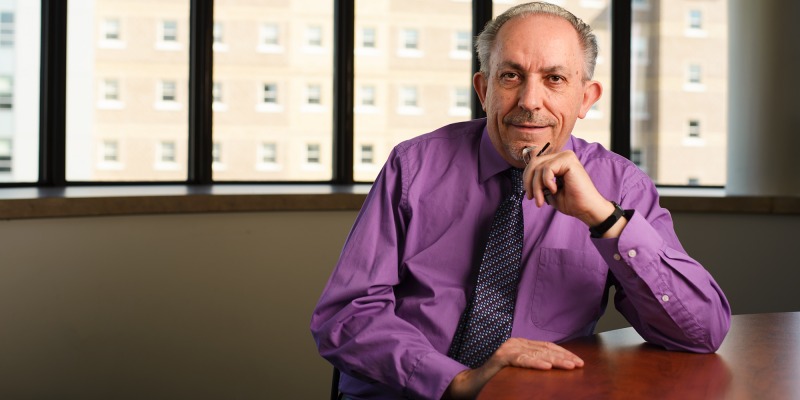 Dr. Paul Rice is a musicologist who loves a good mystery.

The professor in the School of Music is a sleuth, really, employing his detective skills to research little-known composers, singers and concert directors of the 17th and 18th centuries.

Dr. Rice’s ability to suss out interesting stories about lesser-known artists has led to many articles, books and recordings, including his latest CD: Venazzio Rauzzini, Opera Arias and Scenes. It’s the eighth in a series for which he edits the scores.

“With the passage of time we tend to go to the biggest names of the period, Mozart for example,” said Dr. Rice, whose research about composers that time forgot has taken him to England, France and Germany.

“Venazzio Rauzzini had a big musical impact and his career in England was very interesting. He composed operas, songs and chamber music and became one of the best-known teachers in Britain.”

Rauzzini was an Italian singer, composer and concert director who began his career as a singer.

He made a name for himself throughout Europe from 1765-1810, first achieving fame as a soprano castrato in Rome.

From the mid-1600s until the 1800s, the castrato voice was in great demand; Mozart himself so admired Rauzzini’s singing that he composed a piece of music for him, Exsultate Jubilate, which ends with the famous Alleluja.

Dr. Rice’s latest recording highlights three of Rauzzini’s operatic compositions. It was recorded in Hungary, with a Hungarian orchestra and conductor, Mary Terey-Smith, whom he’s worked with on numerous recordings.

Both soprano soloists on the recording are Canadian; one of them, Meredith Hall, hails from St. John’s.

“This is something not just for the academic community, but for everyone.” — Dr. Paul Rice

“This is something not just for the academic community, but for everyone,” said Dr. Rice. “I’ve done eight CDs that anyone can purchase. That gives me great pleasure.”

You can purchase Venazzio Rauzzini: Opera Arias and Scenes online through Amazon or similar sites.