Research at Memorial University of Newfoundland Botanical Garden is flourishing with new partnerships being built and several exciting innovative projects beginning. Some of the interesting projects that the Garden has been involved with include rare plant research on the Northern Peninsula's limestone barrens, investigating invasive plant species, as well as being the local contact for PlantWatch, a national plant phenology monitoring project.

From 2008-2017 we were a trial station for BallFlora, one of the largest developers of new plant varieties, especially annuals, in North America. In 2014, we became an official All American Selections (AAS) garden, featuring award-winning bedding plants selected from American breeding programs. 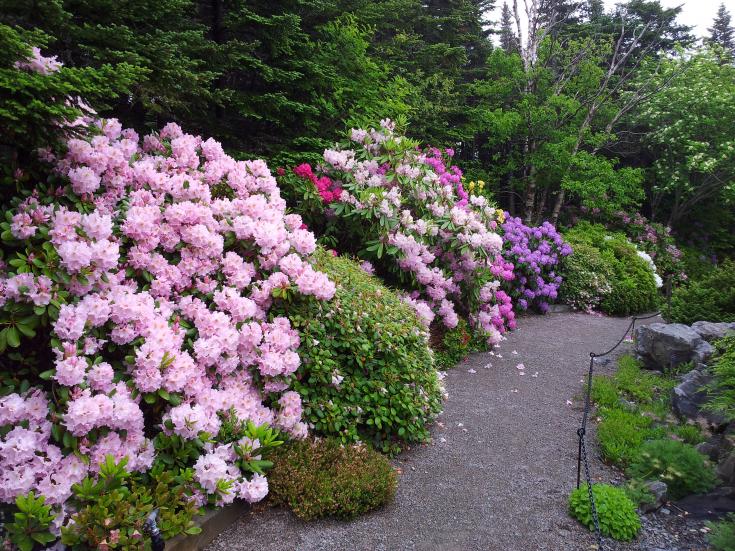 The Garden has over 2500 taxa represented in our collection. Our single largest genus is Rhododendron with over 250 taxa, many of which were bred locally in Nova Scotia or Newfoundland. The rhododendrons are part of our ericaceous plant collection which includes heaths, heathers and mountain laurels. Hosta are also well represented with close to 100 cultivars on display. And then there are the alpines, with plants from nearly every major mountain range in the world.

Please feel free to contact the following with any questions: